A Green Party politician has been labelled ‘deranged’ after she called for a 6pm curfew on men following the tragic murder of a London woman, with some urging the party to instead focus on the broadly popular green agenda.

On Wednesday evening, Baroness Jenny Jones threatened to bring an amendment “to the next appropriate” bill to introduce a 6pm curfew on men. Her calls barely received a murmur from the near-empty House of Lords, but caused a storm online, with renowned Brexiteer Nigel Farage labelling the Baroness “deranged”.

This Green Party politician wants a curfew for men after 6pm at night.

A better case for reform of the House of Lords has never been seen. pic.twitter.com/GDM59EHUmK

Despite widespread calls on Thursday for men to take proactive steps to ensure women feel safe on the UK’s streets, following a deeply saddening story of the abduction and murder of a London woman, Jones’s suggestion was widely criticised.

One user wrote “How would we police the streets after 6pm..!!? We might need #men” while another said, “what if I choose to identify as a woman which, by Jenny Jones’ rules, I can do as and when I please?”

A number of Twitter users claimed Jones was eroding the credibility of the Green Party, whose green agenda has become increasingly mainstream in recent years while the Greens have remained a minor party, occupying only 1 of the country’s 650 seats in parliament.

While nobody stood up to the former Reform Party leader, a number of Twitter users urged people not to take Jones’s threat too literally. Others jokingly suggested Jones didn’t go far enough: “Why limit ourselves to after 6pm? Why don’t we just … ban men,” one wrote.

Jones’s call came after police said they believed they had found the remains of London woman Sarah Everard, who went missing somewhere between Clapham and Brixton last week. On Wednesday police also announced that they had detained a Met police officer in relation to Everard’s abduction and murder. 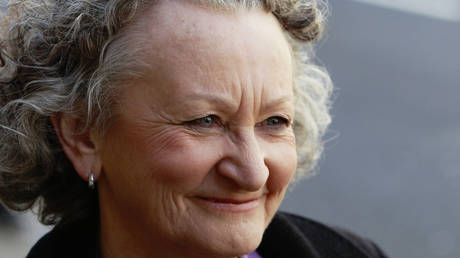